Avoiding the Q1 Freak Out

Publishers everywhere dread the beginning of a new year. And it’s not because of the Christmas blues or because it’s freezing outside (though those things don’t help matters). No, it is because we have now ventured into the dreaded 1st quarter. Dun..dun.. dun. All publishers are seeing a huge decrease in earnings and in many cases the dip is around 50%. Yikes!

We all knew this was coming. Although we anticipated it, it doesn’t make it any easier, but we have learned to accept it with sad hearts. Quite frankly there’s nothing we can do about it. The Q1 earnings drop is one of, if not the most, consistent trends in the industry.

Why does it happen? Well think about it in terms of the average consumer. We all spend more during Q4 between all of the holidays and the changes in seasons…we spend. Advertisers know we will and spend as well. After the holidays we experience the dry wallet epidemic and so do our Ad providers. Q4 is the best time for them to make money because it’s when we spend. Just like we do after a lot of spend Ad providers plan their next purchase and set their budgets, like us, for the year and that tends to happen at the beginning of January.

Ad companies have slashed their budgets in half and things go from plentiful CPM’s and fill rates for all, to a downright drought in a matter of days. Yes, Q1 is absolutely the dreaded time of year for any publisher. The “quarterly budget dump” is a very real thing and there’s a reason why we accept this loss without question.

Oh, how we all love the 4th quarter! Thanksgiving, Black Friday, Cyber Monday, Chanukah, Christmas- all those ‘big spender’ holidays happen in Q4, so of course, the ad agencies budget for Q4 is giant! YAY for us! In some cases, we are even seeing these advertisers spending up to 60% of their ENTIRE yearly budget in the 4th quarter!WOWZERS! We usually see the opposite happening in the first quarter. Budgets are reset at the beginning of the year, and all those big spenders? Well, they just aren’t shopping! They are recovering from a season of spending and thus, spending trends decline drastically in Q1.

This is an industry wide trend.

Across all of our thousands of sites we’ve found that on average, eCPM for sites dropped on Jan 1 on average between 40% and 50%. Which unfortunately is just what the market dictates. Advertisers spend a large portion of their budget in Q4 when the rest of the world is spending as well, and then spend the first few weeks in January setting their budgets for the rest of the year and allocating everything out.

Last year we saw a 38% drop, and a 42% drop the year before that from December to January. What we’re saying is that it’s nothing abnormal but that doesn’t mean it’s any more enjoyable.

We want to let you know of some upcoming trends so you can prepare both your site and your mental health for what’s coming.

Q1 (Jan-Mar): This quarter starts off with the slowest performance rates of the year. Performance slowly increases throughout the quarter until March because people are inside most of the day and browsing the internet (obviously this may vary based on your niche audience and what they are looking for.

Q2 (Apr-Jun): Quarter two will also see beginning of the quarter lows  but quickly climbs to perform around the yearly average until the summer months approach. Part of this is due to more people heading on vacation and spending more of their free time outside, not online.

Q3 (Jul-Sep): Traffic and earnings remain low but can spike around holidays and improve sharply as back-to-school campaigns begin. As people return from vacation and start the regular “school session” period along with cooler weather, more individuals remain inside and begin spending more time online again.

Q4 (Oct-Dec): This is almost always the best performing quarter of the year. Performance starts around yearly averages near the beginning of the quarter but steadily climbs through December. The last week of December usually sags, as ad providers have expended their budgets and take an industry-wide holiday.

Now before you have a total freak out, we are here to tell you that although these trends happen universally in this industry, it isn’t the end of your site. Keep in mind the successes you saw in Q4 and keep working to see those again.

But wait, there’s more good news! Digital ad spending has increased so much over the past few years, we are seeing an average increase of about 18% year after year. Awesome! This means, that that although Q1 sucks, just like always, you CAN expect it to suck LESS than it did last year. Here’s to hoping that trend continues year after year!

OK, so we know there is nothing we can do to stop these Q1 decreases, but there ARE some strategies you can implement that may help soften the blow and make the most of these growing ad spending trends.

Don’t panic! Don’t freak out over declining rates, remember everyone’s in the same boat and we are all seeing this drastic decline. You are not alone!

Let us know in the comments what things you have done this year or in the past to help cushion your Q1 earnings! 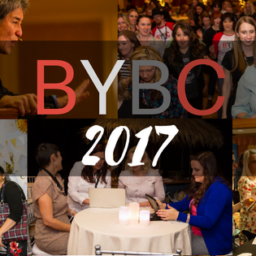 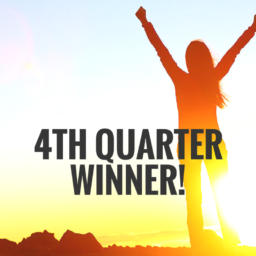